If you are interested in cardinals then you have come to the right place. In this guide, we will take a look and see what do baby cardinals eat?

Baby cardinals usually feed on seeds which include black oil sunflowers, safflower, and white milo seeds. Apart from that, they also eat insects such as grasshoppers, beetles, katydids, and leafhoppers.

However, there’s a lot more to learn when it comes to knowing the baby cardinals’ diet. Their eating routine changes and usually depends on several factors which are as follow:

To be more specific, it also depends on what time of the year it is. This simply means that the baby cardinals will eat different things during summer and winter.

It’s best if you know which are their favorite food during each season so you won’t miss any chance to see them up close.

What Do Baby Cardinals Eat in the Winter?

In winter, baby cardinals usually eat a lot of insects since there aren’t many seeds to be found. They love to feast on spiders, aphids, caterpillars, and other kinds of bugs. If you live near a wooded area, you will have a better chance of seeing them since they will be close to their prey during winter.

However, since most bugs are not available during the winter season, baby cardinals will also eat bird feed from a bird feeder. This can include black oil sunflower seeds, cracked corn, millet, and other types of seeds. They will also drink water from birdbaths or other water sources.

Having that said, baby cardinals that are still too young and dependent on their moms will have a very hard time under such conditions.

What Do Baby Cardinals Eat in the Summer?

In summer, baby cardinals love to eat insects just as much as they do in winter. However, the types of insects that they eat will be different.

They will mostly feast on caterpillars, flies, beetles, and wasps during summer. In addition, they will also eat a lot of seeds that can be found in yards and gardens.

Since there are more insects to be found during summer, baby cardinals will have an easier time finding food. They will also drink more water from birdbaths and other water sources.

The newly hatched baby cardinals are too young and can’t fly or feed themselves. Under such conditions, it is the responsibility of mother cardinals to bring food for their babies. Another interesting thing about newly hatched cardinals is that they need to feed too often.

However, their mothers usually bring small insects and seeds to feed their kids on time. After a few days, the baby cardinals will start to grow their feathers and become more active. At this stage, they will also learn how to fly and leave their nests.

The juveniles are not as dependent on their parents as the hatchlings are. They usually feed on insects that they catch themselves. In addition, they also eat a lot of seeds.

However, they will still depend on their parents to bring them food until they are able to fly and hunt for themselves.

The next stage of baby cardinals is fledging. Right at this stage babies have grown feathers and have developed wings. They are also less dependent on their mothers and are able to fly.

During this stage, baby cardinals will start to learn how to hunt for their food. Their mothers usually put pressure on them and force them to polish their flying skills so that they can live their own life without any issue.

Although mothers are extremely caring for their babies but when the time comes, they turn the toughest trainers and show no mercy until the young ones learn to fly properly.

They will do everything in their power to train their kids fully so that they can hunt food for themselves and escape danger whenever they face one. The fledging will also start to build their nests and become more independent.

The final stage of baby cardinals is when they reach adulthood. At this stage, they are able to reproduce and have their own babies. In addition, they also have more advanced skills in flying and hunting for food. Adult males can reach up to 12 inches while females are a little shorter.

What Do Baby Cardinals Eat When They Leave the Nest?

When baby cardinals leave their nests, they become fully independent. At this stage, they will start to feed on various types of food that can be found around them.

They will eat everything from seeds to insects and other items to survive in the wild. At this age, they become very agile and will start hunting food on their own.

How Many Times a Day Baby Cardinals Eat?

The number of times baby cardinals eat will depend on their age and developmental stage. Newly hatched baby cardinals need to feed every few hours. As they grow older, they will start to feed less often.

As a final note, baby cardinals will only eat what they can be able to carry with their small mouths. They can’t eat too much at once and prefer to feed on small insects instead of one big one.

It is also important for you to know that while some baby birds may leave their nests in just a few days, others may take several weeks to complete this stage.

If you are lucky, you can witness the fledging of your baby birds within just a few days. However, some won’t leave their nests for several weeks. It is therefore important for you to be patient and wait until they are ready to leave their nest on their own.

So what do baby cardinals eat? Well, as a baby bird they will eat a lot of smaller items such as seeds and insects.

In fact, if you have been able to see them you have probably noticed how extremely small their mouths are compared to their body size.

This is because nature has made them this way so that they can’t be able to swallow big meals at once. They must also have to eat several times a day which is why they are extremely dependent on their parents.

Thanks for reading and happy birding! Cardinals are known as redbirds or common cardinals. But you may wonder what bird looks like a blue cardinal? Birds that look like blue cardinals include Stellar’s Jay, Scrub-Jay, Grosbeak, and Blue Jay. However, Stellar’s jay, on the other hand, has a lot in common with cardinals because of its physical structure. Having that said,… According to studies, a woodpecker can peck up to 20 times per second. Pretty interesting isn’t it? But the question is how do woodpeckers peck so fast? Woodpeckers have well-developed neck muscles. These muscles provide extra power to enable the fast pecking speed of woodpeckers. While at the same time, their beaks and skulls are… 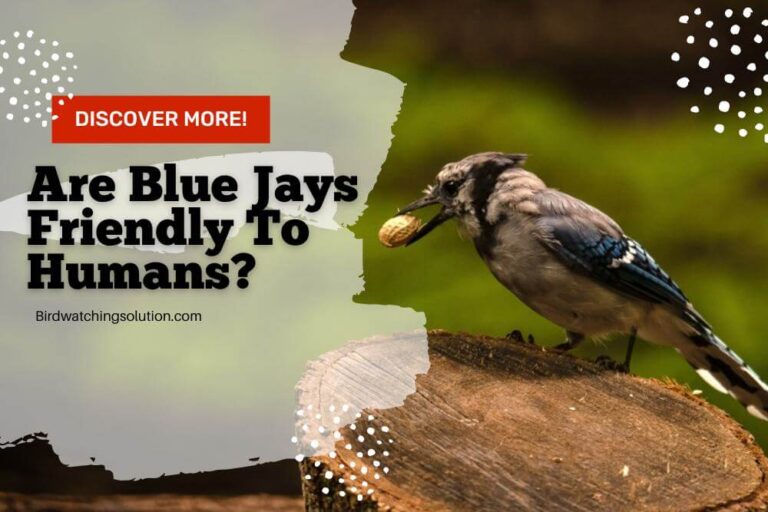